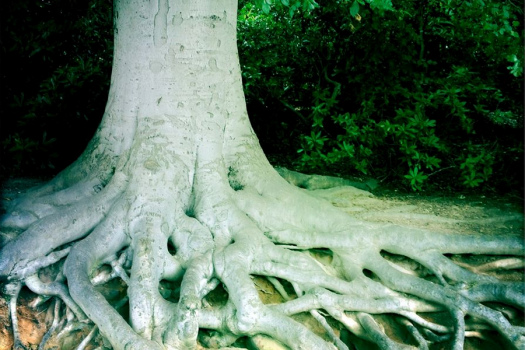 "Mark Connors delivered an excellent workshop on 'Writing the Voice' in two of our Bradford libraries. The attendees found his session engaging, informative and inspiring. Mark really knows his stuff – he knows how to express the innermost thoughts and feelings of his characters in an authentic, fully rounded way and he was able to encourage others to do the same regardless of where they were on the writing journey. Mark is an intelligent, generous and encouraging tutor who is passionate about writing and the importance of being able to write and to express oneself."
Dionne Hood, Development Officer - Reading and Stock Bradford Libraries - Publishers Publicity Circle 'Librarian of the Year'

On a freezing March night, in a corner of one of Leeds' grandest churches, the Leeds Lit Fest audience were asked to imagine they were in a forest. Given the temperature, this wasn't difficult. We were then asked to think about our favourite tree. I have one. You should too.

Schwa are a three-piece but not in a traditional sense: Peter Spafford on vocals and piano (a magnificent grand in tonight's case) Jacqui Wicks on vocals and Richard Ormrod, a multi-instrumentalist (and then some) on just about everything else. I've long been a fan of Schwa and over the years, I've seen Ormrod play an astonishing array of instruments, from sax and fretless bass, to percussion to guitar, to trombone, to flute and piano. Every time I see them, Ormrod seems to have added a new sound to his staggering repetoire. Tonight would prove no different.

Schwa opened with Hope of a Tree, the title piece of their new forty-five minute show, a show inspired by the novel, The Overstory by Richard Powers, a novel I happen to love. The charming and indeed hopeful hook in the chorus, And there is hope of a tree/if it goes down, then it will sprout again, taken from the Book of Job and quoted in The Overstory, provided the roots from which the rest of the show grew and blossomed into a proverbial cherry tree mentioned in a later song. There was an organic feel to the piece as a whole which complimented its subject matter perfectly.

Throughout the set, original songs were intertwined with passages from novels of Italo Calvino and work by Annie Proulx, narrated over Schwa soundscapes, along with poems A E Houseman and others. Later, Schwa's narrative focused on activism, citing reportage of the Newbury Bypass protests and work undertaken by the Sheffield Tree Action Group, who continue to fight against the felling of street trees in Sheffield. The more serious aspects of the narrative were never delivered in a didactic way. But the music that accompanied these more factual elements was complimented by sound effects via strange little gadgets at Ormrod's disposal that provided atmosphere and pathos.

The highlight of the show was an original song and narrative about the life of activist, Chico Mendez, who was eventually shot to death for his life's work, much of which centred around the preservation of trees. The soaring, complex melodies and harmonies of the chorus were delightful and anthemic, a fitting tribute to a man killed for the hope he found in trees himself.

Other highlights included passages sourced from local writer, Gaia Holmes and an interview with James Shaw of Leeds Tree care.

The show ended as it began, with the reprise of the title track, Hope of a Tree, a perfect and hopeful end to a complex story.

Hope of a Tree is a seamless 45 minute piece which enlightened, entertained and even educated its small audience on a range of issues and tributes to trees which the world over take for granted. As with previous Schwa shows, the audience were left with beautiful ear worms which accompanied us home and to our beds so we could dream of our favourite trees. A wonderful evening and a tribute to the innovative approach of Leeds Lit Fest to deliver shows and events in surroundings fitting of their subjects. I will never look at a tree in quite the same way again.