After New poetry collection out now! 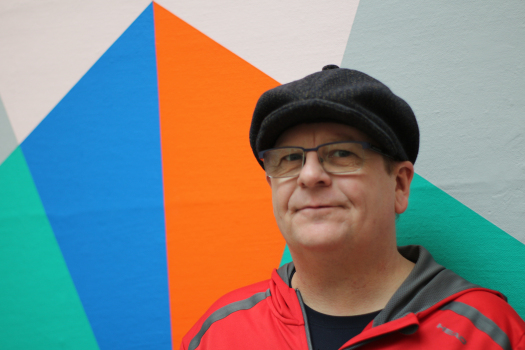 "The voices of the characters in his novels never drop a note."
Barrie Sherwood, Author of Escape from Amsterdam (Granta Books 2007)

"What I enjoy about Mark Connors' poems is their moving blend of personal and the public subjects, their comic and their tragic voices and their straightforward honesty."
Antony Dunn, Author of Bugs (Carcanet/OxfordPoets 2009)

Mark Connors is a witty, challenging and bold writer. It's hard to shake off his memorable, defiant characters. Always an enjoyable read.
Helen Mort

Mark Connors is an award winning writer from Leeds, UK. He has had over 250 poems published in anthologies, magazines and webzines. Mark's work has appeared in anthologies published by Ilkley Literature Festival, Indigo Dreams, Beautiful Dragons, Half Moon Books and Stairwell Books among many others. Mark's poems have also appeared in Poetry Salzburg Review, Envoi, Prole, The Interpreter's House, Dream Catcher, Strix, Morning Star, Sarasvati, Dawn Treader, Confluence and many other literary journals and magazines. His work has also been published widely in webzines, both in the UK and overseas.

Mark's debut novel, Stickleback, also now in its second edition, was published by Armley Press in 2016. The second edition features a recommendation on the front cover from the acclaimed poet and novelist, Helen Mort. Stickleback was Longlisted for The Guardian's Not the Booker Prize 2016.

Mark's second novel, Tom Tit and the Maniacs, was published by Armley Press in 2018. It was selected as one of Culture Vulture’s Novels of 2018, alongside works by Jon McGregor and James Clarke.

Mark also runs fiction and poetry workshops and seminars in libraries, at literature festivals and for writing days hosted by those running literary magazines.

Mark features regularly as a guest compere at literature festivals and also runs WORD CLUB, a critically acclaimed poetry night, with his partner, Gill Lambert at The Chemic Tavern in Leeds and the bi-monthly Shaken in Sheeptown at Bojangles Bar in Skipton. Mark and Gill also hosted a monthly poetry radio show, WORD CLUB: The Sunday Sessions. WORD CLUB has been a founding creative partner of the Poetry at the Parsonage Festival, an annual event at The Bronte Parsonage in Haworth, West Yorkshire, since its inception in 2016. Mark is also a managing editor of the independent publisher, Yaffle, which he runs with Mike Farren and Lorna Faye Dunsire.

To book Mark for a performance or to compere, or to obtain information regarding workshops, please email him at connorsmark05@gmail.com.